Get PDF The Residents 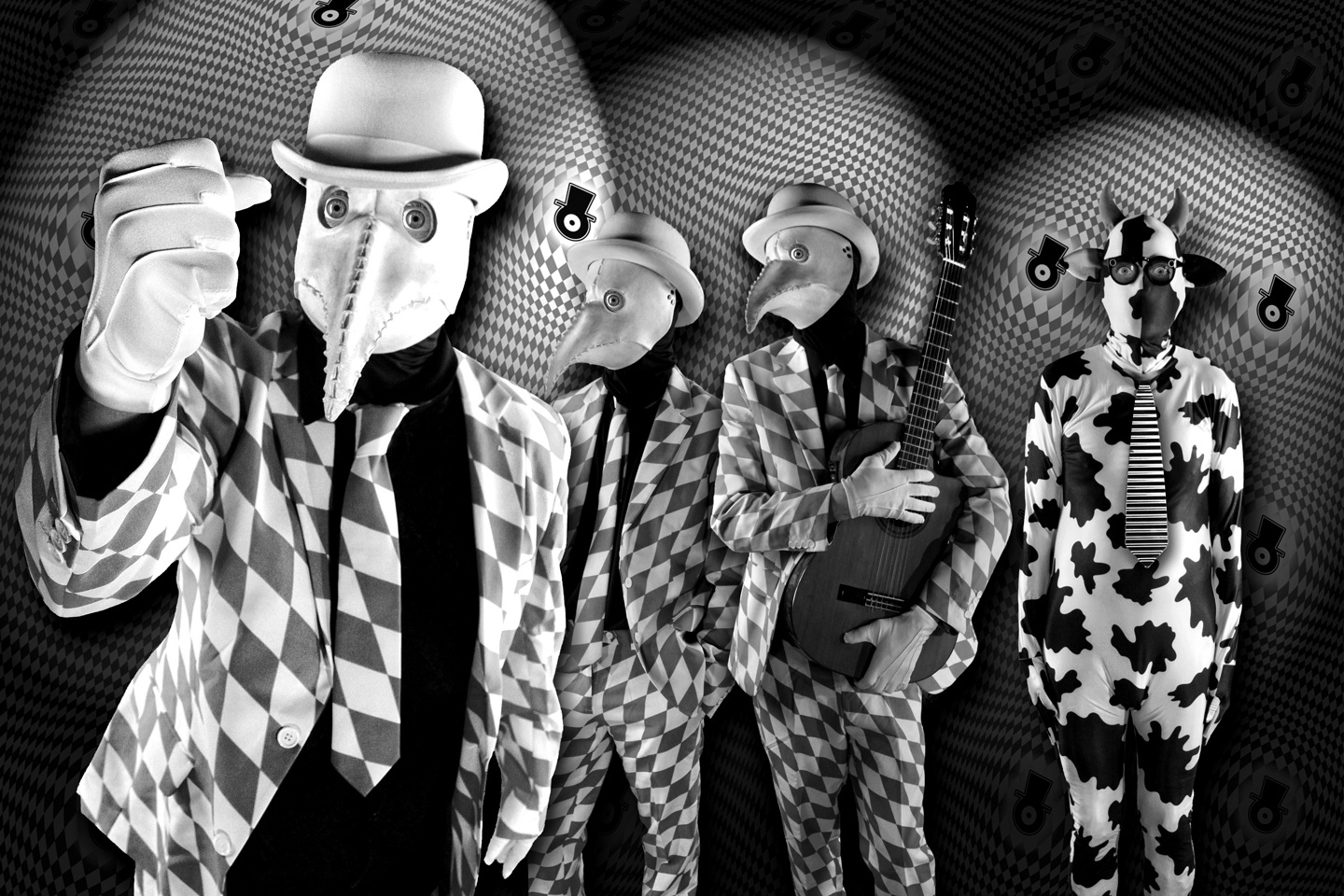 Committed as much to the discovery as to the revelation of ideas, Flynn pursues his vision through a diversity of media, allowing his rich artistic output to be driven by ideas manifesting themselves through drawing, painting, print making, sculpture, digital media, photography, film and performance. Similarly bold, his photography reveals forceful characters through stark black and white compositions as well as a vivid, often garish, use of color. While the mood of these images is often confrontational, Flynn also reveals a vulnerability that deepens the reading of his work.

Homer Flynn is best known for his involvement with The Residents, the Bay Area based art collective internationally renowned for their avant-garde music, theatrical performances and filmmaking. In the main gallery Flynn will exhibit work he created for the Residents, including production art for original Residents album covers, promotional photos, art used in print advertising and set designs.

Since his work for The Residents has taken the primary focus of his output for nearly 40 years, Flynn has thus far chosen to keep his personal work private. At Johansson Projects he will show a survey of his entire career curated by his daughter, Jana Flynn, including much work that has never been shown publicly.

This work, featuring pastel depictions of natural disasters collaged from the pages National Geographic magazine, scratch board illustrations, silkscreened prints and graphite sketches from his journals, will he featured in the project room of the gallery. Finally, a slideshow will be projected in the viewing room showing recent digital work produced for The Residents. He is a self taught artist originally hailing from Shreveport LA. The Residents. Featuring Homer Flynn. Show Runs April 29 — June 17, Reception on May 6, pm. Press Release. The Residents Meet the Ships. Intermission Cover Photo Original Print.

Steve in Clean Clothes. Weescoosa and Napolean. Initially, THE RESIDENTS' compositions sociopathic coldness and detachment from " what humans commonly perceive as pleasant music " is quite a brutal shock, but after that initial blast and some acclimatization, its eerie atmosphere is captivating, poppy, and uncannily familiar. How so? Well, pay attention, see.


And "popular music" is the common ground between us humans and the creation of these eyeball-headed deities: DUCK STAB sounds like a Lovecraftian corruption of garage rock, surf rock, psychedelic pop and other genres, but it still resembles garage rock, surf rock, psychedelic music and other genres. A slight detail that prevents alienation. So, familiar. Verdict: you probably wouldn't ever expect pop to sound like this. I know, me neither.

Here is my brainstorm for each track: Constantinople resembles The Four Lads' Instabul not Constantinople the rhythm of the vocals for the verses is practically identical. The Booker Tease is essentially dissonant jazz noir, or free jazz I think. Blue Rosebuds ' palm muted backing guitars pay attention to it on the falsetto midsection reminds me of surf rock, and the overall atmosphere makes me think of the sea honestly, that weird-sounding thing in the background feels like iron drums, which is the instrument commonly associated to sea due to its Caribbean nature.

Our Guides Bring The Close To Life

Elvis and his Boss is, in my opinion, a clear take on rockabilly. The vocals' rhythm is pretty much identical to the stereotypical rockabilly music. Saxophone solos. Semolina is probably a Cthulhuan cover of Jump. The bombastic keyboards make me think of it as stadium rock or AOR.


Listen to that guitar. The Electrocutioner feels like a dissonant 80s synthpop mixed with No Wave-ish guitar solos. The outro is classic Vaudevillian vocals. So, yeah, there are 3 very long tracks here and it's all instrumental. And it's all tied to the "Tweedles" album, probably as the inspiration behind the music lurking therein.

It was released in , so at least the music isn't quite as amateurish as some of the material that came from the 80s and 90s. There are also some interesting musical bits that manage to squeeze into the 19 minute track. The sounds and music is constantly changing, just like you would expect from a bunch of glued-together fragments. Most of this is created by keyboards, synths and electronics, but at least the sound isn't as cheap as it once was. You see, they graduated off of your grandmother's Wurlitzer after she got upset at them for using it so often and not keeping up their end of the bargain by forgetting to feed her pet poodle.

So, that's a good thing that the sound is more varied than some earlier albums, especially their instrumental "additional materials" albums which they put out several. The Residents had this notion that their fans wanted to listen to everything they produced as if the meaning of life could be discerned from all of their practice tapes or something.

That's why Mr. Cooper next door is always hitting the walls separating our apartment, because its way over his head and goes above his beliefs of random generational symbiosis of reincarnation and regurgitation techniques not hitherto known to the current species of humanoidical travesticular clavicles. My spellcheck just blue up.

Anyway, it's interesting music, quite minimal most of the time, but not necessarily boring either. Yes, it is. No, it isn't. Well kind of. Okay, fine. Oh, there is some percussion in there too. It can be difficult to keep up with this track because most humans can't run that long, but it's all about the chase, not the capture anyway, right? There is some droning and spooky effects at first, then tapping percussion and sparse keyboard melodies. This at times even reminds me a bit of a Tangerine Dream style. But who dreams of tangerines anymore?

They also lied about it being an instrumental because there is some nonsensical chanting and other vocal shenanigans going on in there. Anyway, I kind of like this because you don't ever know what's coming around the next corner.

Does music have corners? This music does. If you want to hear what corners sound like, then you should listen. However, since no one knows what a corner sounds like, there really is no way to know for sure, just take The Resident's word for it.

I know they didn't say that, but whatever. Stop talking to myself! It's embarrassing. This is supposed to be a professional review. Right, when have you ever done a professional review ya dork. All this humor in the music makes me weird. Yep, there is humor in the music even if it is mostly instrumental. Does it make you laugh? Well, not out loud I guess. Cooper is knocking on the walls again. Can't he use the door for knocking like most people do?