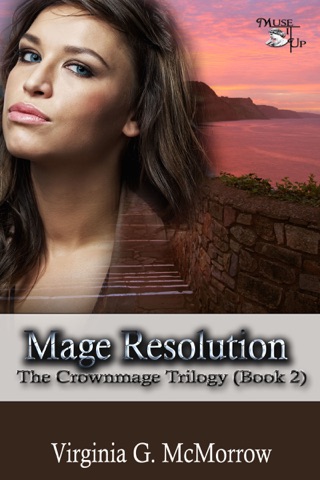 How'd you really get the Dominion Jewel? All the bards are saying you fought some mighty mountain for it. After lunch, the group broke up: Ro back to her office to do prime-ministery things, Rilla back down to the barracks of the King's Own to supervise "her boys," Jess and Sach down to the practice courts for want of anything better to do, Douglass off, for some inexplicable reason, to the library.

Alex caught up to Alanna as she headed down the hallway that'd take her out of the palace. Alex tugged open one of the side doors and was silent as they strolled through the busyness of a sunny afternoon. They came to a halt at a junction in the paths; Alanna started toward the left.

But that's not what worries me. Alex smiled crookedly. Alex nodded. She paused. I think it still is a relief for her, when she comes down to the lunches or our practice court and gets to just be herself. But…" Alex trailed off. About the only thing she's not doing is faking facial hair. Alanna got to see Joanne's changes for herself the very next day, when the crown princess marched into Myles' sitting room and threw a rolled-up parchment at George's head.

Gingerly, George unrolled it, and gaped at the contents. It's a done deal - just accept it. George tossed her the parchment. It was a royal pardon and a decree of nobility. Dryly, he added, "Somehow, she got my lord Provost to agree. Joanne sniffed, turned, and marched out of the room, only to run headlong into Thayet.

A DARKER FATE FOR ME

They lurched awkwardly around and clung to each others' arms for balance; Thayet finally disentangled herself and attempted a curtsey, but Joanne was still holding her elbows and staring, awestruck, down into her face. Alanna's eyebrows rose. George was trying so desperately to stifle his laughter that he was turning a rather unhealthy shade of purple.

The silence grew, thick with an electrifying potential like some tired cliche in a Beltane ballad, and then George couldn't take it anymore. He spluttered, then doubled over and laughed so hard it came out as angry wheezing. Joanne jerked back, released Thayet, and bowed stiffly.

Joanne nodded stiffly, then tottered unsteadily out the door. Thayet watched her go, one eyebrow raised. The smile abruptly dropped off of George's face. The week flew by.

Coronation preparation was temporarily overshadowed by preparations for a ball; Joanne had insisted it was the best way to reintroduce Alanna and show off the Dominion Jewel, and had steamrolled over all Alanna's protests. Buri marched her down to the sitting room one day, shoved her inside, then fled. Alanna, a bit consternated, looked around the room. All of her fellow Lady Knights except Joanne were there, perched awkwardly on the furniture, which had all been pushed up against the walls.

In the center, Eleni, Thayet, and a mulish-looking woman Alanna vaguely recognized as a seamstress stood clustered around a sheaf of papers. The men were nowhere in evidence. Douglass rose, a look of abject relief on her face. She looked over at the seven knights and grinned wickedly at their dismay. You don't have to look like you're assembling for battle. Eleni, hiding a wicked grin of her own, murmured, "I didn't think you were still so ill at ease in gowns, Alanna. You've been wearing them since you were a squire. One by one, her fellow knights turned to stare at Alanna, who went beet red.

Eleni's smile gentled. We're just trying to figure out what you all will wear to the ball - it's a rather formal occasion, and there's no protocol that I'm aware of for lady knights.

Ro nodded, staring almost angrily at the seamstress, whose mouth was set in a sour line. Not when there are so many people who'd love to use any pretext to force us to give up our shields.

Sacherell snorted and lazily stretched out her legs. We're already indecent. Everyone turned to stare at her. The big woman blinked. And some places have long tunics, too, like the ones ladies sometimes wear for riding.

Jess sat back. Douglass nodded. Rilla traced one blunt finger down the sketch of the skirt. The only difference is the skirt or breeches, but with all the rest a unified style, that would look like options, not an argument.

Ro craned her head back to look at her friend. She took back the sketches and handed them to the seamstress, whose expression soured further. She beckoned to the assembled knights. You lot come over here and tell us your preference, then we'll get to the measurements. Thom strode into the sitting room and was met with ten outraged female glares. He glared crossly back.

Thom fidgeted with a stack of small boxes he held in his hands, then looked up. He tossed the boxes to the assembled knights. Alanna gingerly opened the box, and when nothing exploded, she peered inside. A pair of small pearl studs sat innocently inside.

Thom met each of their eyes in turn. As many protective spells as they'd hold. Douglass was already swapping out her old studs. Thom's face was grim.


Alanna stood in the receiving chamber just outside the ballroom with Buri and Liam, clutching the box that contained the Dominion Jewel and trying not to fidget. The herald beckoned, and he moved past them with a muttered oath, smoothing his bright tunic as he went. The herald, who had reentered the room just in time to hear that last comment, blushed and stared resolutely at the ballroom doors. Buri poked Alanna's arm; she turned. Thayet had emerged from the robing room, dressed in an elegant, fire-red gown that exposed quite a bit of bosom.

Alanna raised an eyebrow. Buri rolled her eyes. Thayet looked over Alanna's shoulder, and her grin widened. The herald flushed, stuttered, and bowed. He turned away for a minute to compose himself, then beckoned the three forward and flung open both doors. He walked forward a few paces and banged his staff authoritatively on the floor. The crowd, already hushed, waited in anticipation.

Alanna walked forward, Thayet on her arm and Buri on the princess' other side. Buriram Tourakom of the K'miri Hau Ma. Joanne, resplendent in a black silk outfit almost identical to Alanna's, rose and walked to the foot of the staircase and watched as they descended. Alanna noticed pearls in her earlobes as well, and glanced around the room for her brother. Her eyes met Thom's, and he gave her a gentle half-smile in acknowledgment, then subtly tilted his head to the side. Alanna followed the gesture and stared.

The other six lady knights stood there, directly across from the Grand Staircase, in the same silver-embroidered deep gray as Alanna, swords at their sides and proud, solemn expressions on their faces. The duke and duchess of Naxen - Alanna never could tell which was which - flanked them on one side; Liam had worked his way through the crowd to flank them on the other. All of them watched Alanna descend, a reassuring gravity in their eyes. Thayet let go of Alanna's arm to curtsey deeply to Joanne, and Alanna pulled her attention back to the scene before her.

Joanne welcomed Thayet gravely and extended her Tortallan hospitality, then turned to Alanna. Alanna drew Lightning and laid it at Joanne's feet, then knelt. Joanne took the Jewel from Alanna's hands and held it aloft. It blazed like a fallen star at her touch.

She said something suitably solemn, but it was largely forgotten amid the rustling of first one, then another, courtier kneeling, until every person in the room was on their knees before their sovereign. Alanna elbowed him in the ribs, hard, which earned her a satisfying yelp.